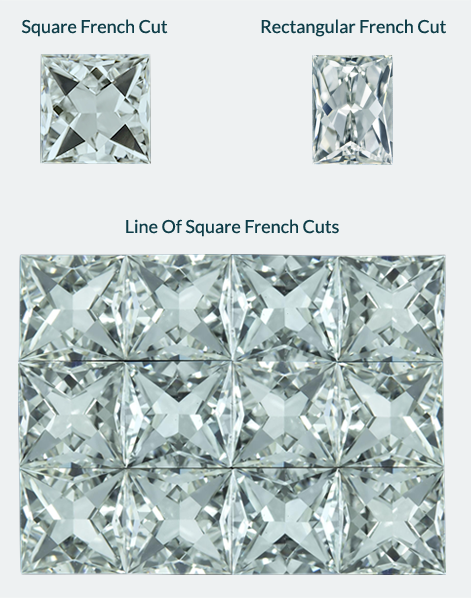 Haviv Moreno French Cut is a renewed and refurbished version of a traditional shape. It is urban and bright and can equally be used in the Antique, Art Deco and completely modern jewellery pieces.

Our production of French Cuts includes calibrated lines, starting from 2.0mm, larger single stones, of up to 1.00-1.25Ct (or larger, according to your design), and even rectangular, tapered and trapezium-style variations!

This shape provides you with the ever sought after angle that will make you stand out from the rest.

The French Cut diamond is one of the oldest diamond cuts that had appeared first, according to various researches, in the 15th Century.

It was developing over the time, in order to first become fashionable in the 17th century, and was popular in the Art Deco period of the early 20th century.